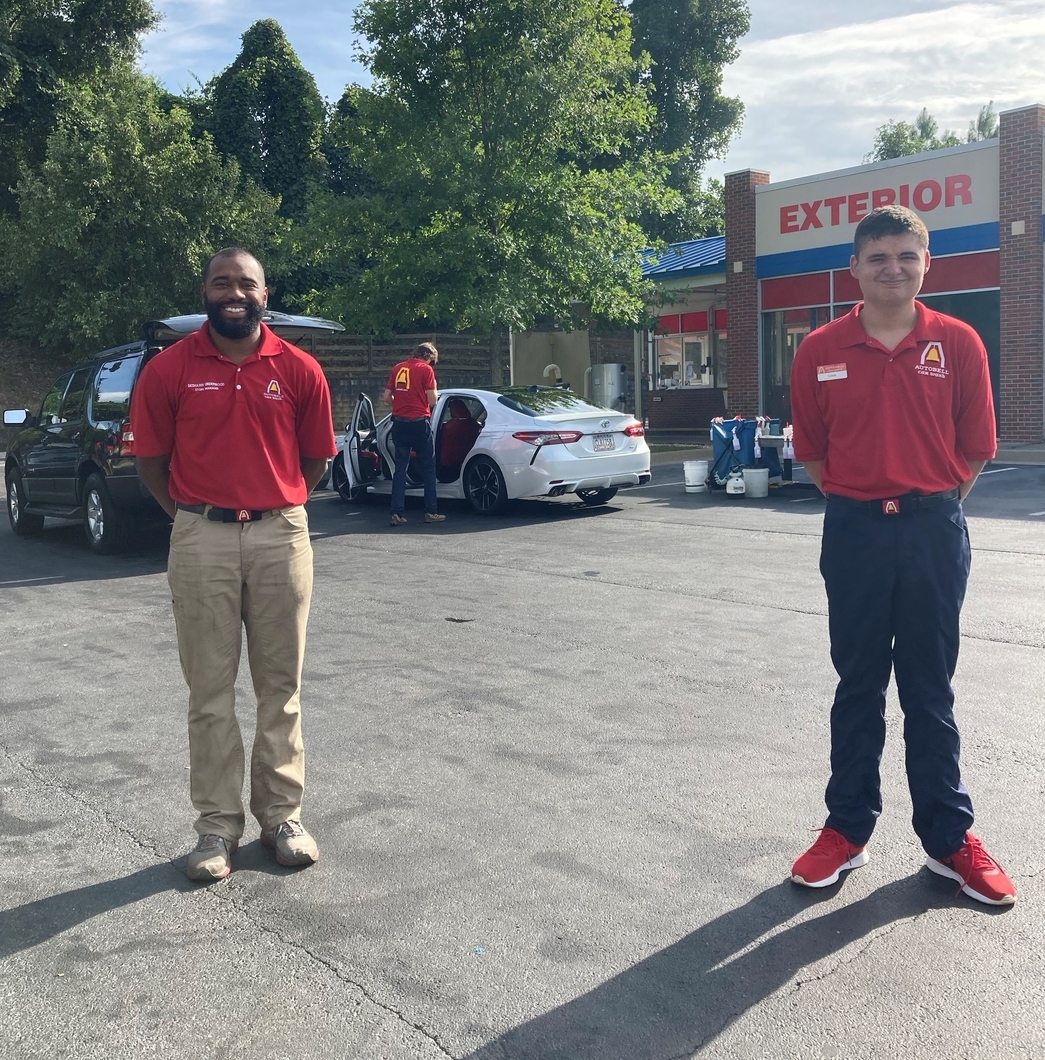 Earlier this summer, a young man named Caleb who loves car washes, was able to spend the day shadowing Autobell team members at store #62 in Acworth, GA. We asked store manager DeShawn Underwood to share the story of Caleb and give insights on that special day.

"In late May, a customer approached me at our location and asked if her son could work here. After learning he was only 15 years old, I told her it would not be possible until he turned 16 and had a valid driver's license. She was saddened by the news, but then told me all the things her son Caleb, who has autism, used to do as a volunteer at a car wash in the Locust Grove area of Georgia. They had recently moved to the Acworth area, and she was hoping he could do the same at Autobell Car Wash.

After speaking with my District Manager, Beau Watson, we began to develop a plan with the main priority to make sure it would be 100% safe. Autism has different stages, so we wanted to cover anything that could potentially be deemed unsafe or uncomfortable for Caleb. We then spoke with our Health and Safety Coordinator, Gina Houser, and our HR department to see if we would be able to brighten this young man's day. Gina has a daughter with high-functioning autism, so she gave us great insight on the subject and was delighted that we would let Caleb work for a day.

After we received our approvals, we met with Caleb's mom and walked her through the many steps of the car wash process. Again, safety was our top priority. Anything that his mother had questions or concerns about, she could ask us during the walkthrough. I asked her questions and learned a lot about Caleb, who used to wash their cars with his dad multiple times throughout the week.

Caleb's dad was a firefighter, and he would visit his dad and play inside the fire trucks with its many gadgets and sirens. Because of that, we knew that sound and loud noises wouldn't be an issue for him. She then explained to me what Caleb did at the car wash where he volunteered. After learning he would guide vehicles up to the conveyor and put the tape on the back of the wipers as they went through, it sounded like he knew what he was doing. Once she felt comfortable, we set June 4 as the day Caleb would hang out with us for a few hours.

When that day came, Caleb was given a uniform, hat, nametag, and belt cover. He was treated like an Autobell team member. Let me assure you, he was very excited to start! We began at the entrance end where we vacuumed a few cars, and you would have thought he had been doing this for years by the way he was vacuuming. The hard work and effort Caleb gave were extraordinary. After an hour or so in the entrance, we went up front, where I taught him our wipe-down procedure. Caleb quickly picked up the process and was helping other team members with their vehicles. Caleb received his first tip from a gracious customer. The customer turned out to be his aunt, who heard he was working that day and wanted to see for herself. His aunt thanked me and appreciated what we were doing for him, which nearly brought her to tears.

Around four hours later, Caleb's day was done, and he was so grateful for all he learned and accomplished that day. Overall, the day went well, and our team members enjoyed working with Caleb and getting to know him. It's always a good feeling to be able to make someone's day because that’s how you "Brighten the World by Helping Others Shine®!"